This action will force synchronization from RT-Thread/rt-thread, which will overwrite any changes that you have made since you forked the repository, and can not be recovered!!!

RT-Thread was born in 2006, it is an open source, neutral, and community-based real-time operating system (RTOS).

RT-Thread is mainly written in C language, easy to understand and easy to port(can be quickly port to a wide range of mainstream MCUs and module chips). It applies object-oriented programming methods to real-time system design, making the code elegant, structured, modular, and very tailorable.

RT-Thread has not only a real-time kernel, but also rich components. Its architecture is as follows: RT-Thread has now been ported for nearly 90 development boards, most BSPs support MDK, IAR development environment and GCC compiler, and have provided default MDK and IAR project, which allows users to add their own application code directly based on the project. Each BSP has a similar directory structure, and most BSPs provide a README.md file, which is a markdown-format file that contains the basic introduction of BSP, and introduces how to simply start using BSP.

Env is a development tool developed by RT-Thread which provides a build environment, text graphical system configuration, and package management capabilities for project based on the RT-Thread operating system. Its built-in menuconfig provides an easy-to-use configuration tool. It can tailor the kernels, components and software packages freely, so that the system can be constructed by building blocks.

RT-Thread supports many architectures, and has covered the major architectures in current applications. Architecture and chip manufacturer involved:

Use Python-based scons for command-line builds.

RT-Thread BSP can be compiled directly and downloaded to the corresponding development board for use. In addition, RT-Thread also provides qemu-vexpress-a9 BSP, which can be used without hardware platform. See the getting started guide below for details.

RT-Thread is an open source software and has been licensed under Apache License Version 2.0 since v3.1.1. License information and copyright information can generally be seen at the beginning of the code:

RT-Thread is very grateful for the support from all community developers, and if you have any ideas, suggestions or questions in the process of using RT-Thread, RT-Thread can be reached by the following means, and we are also updating RT-Thread in real time on these channels. At the same time, Any questions can be asked in the issue section of rtthread-manual-doc. By creating a new issue to describe your questions, community members will answer them.

If you are interested in RT-Thread and want to join in the development of RT-Thread and become a code contributor,please refer to the Code Contribution Guide.

Report success
We will send you the feedback within 2 working days through the letter!
Please fill in the reason for the report carefully. Provide as detailed a description as possible.
Please select a report type
Cancel
Send
RT-Thread是一个来自中国的开源物联网操作系统，它提供了非常强的可伸缩能力：从一个可以运行在ARM Cortex-M0芯片上的极小内核，到中等的ARM Cortex-M3/4/7系统，甚至是运行于MIPS32、ARM Cortex-A系列处理器上功能丰富系统 expand collapse
No labels
http://www.rt-thread.org
C
Apache-2.0
Use Apache-2.0
Cancel
No release
Load More
can not load any more
About
Homepage
C
1
https://git.oschina.net/feiman8888/rt-thread.git
git@git.oschina.net:feiman8888/rt-thread.git
feiman8888
rt-thread
rt-thread
master
Going to Help Center 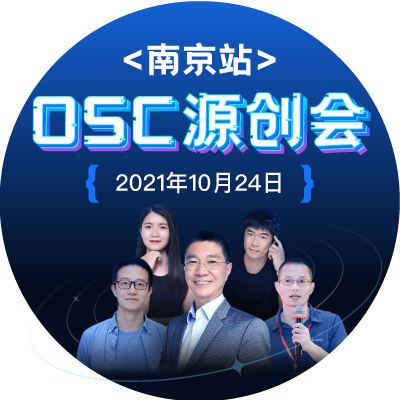