MindSpore is embracing open governance to build a truly open source ecosystem and developer friendly atmosphere. The governance model adopted here is heavily influenced by the onnx governance which drew reference from the kubernetes governance. For similar structures some of the same wordings from onnx governance are borrowed to adhere to the originally construed meaning.

The effort is bootstrapped with an initial Technical Steering Committee and set of SIGs with the first elections to occur after 1 year.

The MindSpore community adheres to the following principles:

Contributors are the developers who have contributed code and got merged. They can have issues and PRs assigned to them. They also have voting privileges. Contributors can be active in many ways including but not limited to:

Approvers are Contributors who have the right to merge code. Approvers are responsible for reviewing contributions for acceptance by considering not just code quality but also holistic impact of the contribution including compatibility, performance, and interactions with other areas.

Community Partners are organizations (include but not limited to companies, universities, research institutes, industrial associations, open source foundations/communities/projects, etc.) that support MindSpore in one or more of the following ways:

Community Partners do not have any voting rights, except via their employees who are Contributors. Affiliates and subsidiaries are considered as separate organizations. Being a Community Partner does not by itself confer any compliance or certification to the Community Partner's products.

Community manager is the people who help run day to day MindSpore governance operations. The role is appointed by the Technical Steering Committee and does not have any code or voting related privileges by its own right. The role does not have a term limit and its duration depends only upon the governance charter approved by the Technical Steering Committee.

The MindSpore community is organized in the following manner, with all governance and execution being planned and coordinated as follows:

The working language in MindSpore community is English, this applies to things like code notation, documentation, ISSUE, PR and so forth. International language support for documentation translation and localized presentations are highly encouraged. An i18n WG could be formed to address multi-lang support.

The Technical Steering Committee has a set of rights and responsibilities including the following:

TSC Chair is the chairperson of the Technical Steering Committee that fulfills the duties include hosting TSC meetings, organizing elections and participating promotion related publicities. TSC Chair is a member of the sitting TSC and has the same voting right as any other TSC member.

After the initial term, TSC members will elect the new TSC Chair for the next term. The TSC member seat itself will constitute representative from the same founding member entity, unless alterations occurs to that membership which leads to either new TSC member appointed by the newly TSC-approved member entity, or the vacancy of the seat if the TSC votes to shrink the size of the committee.

A Technical Steering Committee representative can be removed due to Code of Conduct violations by a super majority vote in the TSC.

The Technical Steering Committee (TSC) requires quorum of the member to be present for any type of decision making process. An official TSC decision will be carried through by a majority vote (i.e more than half of the TSC vote yes).

The MindSpore project is organized primarily into Special Interest Groups, or SIGs. Each SIG is comprised of individuals from multiple companies and organizations, with a common purpose of advancing the project with respect to a specific topic.

Our goal is to enable a distributed decision structure and code ownership, as well as providing focused forums for getting work done, making decisions, and on-boarding new Contributors. Every identifiable part of the project (e.g., repository, subdirectory, API, test, issue, PR, IRC) is intended to be owned by some SIG. At the time of inception of this organizational structure, the following SIGs will be present:

Each SIG must have a charter that specifies its scope (topics, sub-systems, code repos and directories), responsibilities, and areas of authority. Charters are submitted to the MindSpore community via PR for review and approval by the Technical Steering Committee who will be looking to ensure the scope of the SIG as represented in the charter is reasonable. All SIGs are expected to follow the standards established by the Technical Steering Committee for how Contributors are roles of authority/leadership are selected/granted, how decisions are made, and how conflicts are resolved.

A primary reason that SIGs exist is as forums for collaboration. Much work in a SIG should stay local within that SIG. However, SIGs must communicate in the open, ensure other SIGs and community members can find meeting notes, discussions, designs, and decisions, and periodically communicate a high-level summary of the SIG's work to the community. SIGs are also responsible to:

When it is time to formalize the work-product from a SIG, votes are taken from every Contributor who participates in the SIG. The list of active Contributors is determined by the one (or two) SIG leads to ensure that only those who have actively participated in the SIG can vote. At this time there is no restrictions on how many Contributors from any one member entity can participate (and hence vote). The Technical Steering Committee will monitor how the community behaves and apply constraints if needed in the future.

While most work shouldn’t require expensive coordination with other SIGs, there will be efforts (features, refactoring, etc.) that cross SIG boundaries. In this case, it is expected that the SIGs coordinate with each other and come to mutually agreed solutions. In some cases, it may make sense to form a Working Group for joint work. Cross-SIG coordination will naturally require more time and implies a certain amount of overhead. This is intentional to encourage changes to be well encapsulated whenever possible.

Working Groups (WGs) are primarily used to facilitate topics of discussion that cross SIG lines, or are topics which are short-lived and require a limited set of decisions to be agreed upon. Working groups:

Working Groups can create glue code, specifications, recommendations, or implementations for submission to the relevant SIGs for approval and acceptance. At time of inception of this organizational structure, the following WGs will be present initially:

Working Groups are formed by submitting a proposal via PR to the Technical Steering Committee. The proposal should cover:

All repositories under the MindSpore org:

Repositories can be removed when they are inactive by archiving them.

Go
Report success
We will send you the feedback within 2 working days through the letter!
Please fill in the reason for the report carefully. Provide as detailed a description as possible.
Please select a report type
Cancel
Send
MindSpore community spread retract
https://www.mindspore.cn/community
Python and 2 more languages
Python
95.6%
Dockerfile
4.4%
Apache-2.0
Use Apache-2.0
Cancel
No release 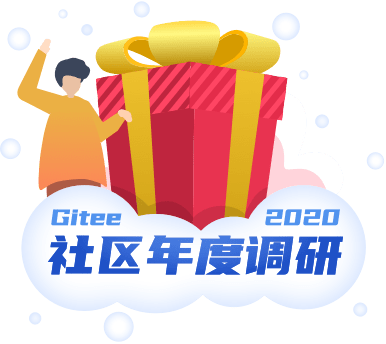