EpicSim is a Verilog compiler. It is suitable for use as a simulator and recommended to run under Red Hat and CentOS. Instructions in this document are generally applicable to all environments.

The project is developed based on icarus iverilog under LGPL. Special thanks to Stephen Williams (steve@icarus.com).

If you are starting from the source, the build process is designed to be as simple as practical. Someone basically familiar with the target system and C/C++ compilation should be able to build the source distribution with little effort. Some actual programming skills are not required, but helpful in case of problems.

You need the following softwares to compile EpicSim from source on a UNIX-like system:

Unpack the tar-ball and compile the source with the commands:

After the installtion, set the environment variables with the commands:

As a user, the first thing you want to do is probably learning how to compile and execute even the most trivial design. For simulation, we use the following design as an example:

The compiled program can also be executed by two steps:

And there it is, the program has been executed. So what happened? The first step, the epicsim-driver command, read and interpreted the source file, then generated a compiled result. The compiled form may be selected by command line switches, but the default form is vvp, which is actually run by the epicsim-vvp command.

The epicsim-driver and epicsim-vvp commands are the only commands that users use to invoke EpicSim. What the compiler actually does is controlled by command line switches. In our little example, we asked the compiler to compile the source program to the default vvp form, which is in turn executed by the epicsim-vvp program.

This tool includes a parser which reads in Verilog (plus extensions) and generates an internal netlist. The netlist is passed to various processing steps that transform the design to more optimal or practical forms, then is passed to a code generator for final output. The processing steps and the code generator are selected by command line switches.

The preprocessing is done by a separate program, ivlpp. This program implements the include and define directives producing output that is equivalent but without the directives. The output is a single file with line number directives, so that the actual compiler only sees a single input file. See ivlpp/ivlpp.txt for details.

The Verilog compiler starts by parsing the Verilog source file. The output of the parse is a list of Module objects in "pform". The pform is mostly a direct reflection of the compilation step (see pform.h). There may be dangling references, and it is not yet clear which module is the root.

One can see a human-readable version of the final pform by using the -P <path> flag to the ivl subcommand. This will cause ivl to dump the pform into the file named <path>. (Note that this is not normally done, unless debugging the ivl subcommand.)

The elaboration takes the pform and generates a netlist. The driver selects (by user request or lucky guess) the root module to elaborate, resolves references and expands the instantiations to form the design netlist (see netlist.txt). Final semantic checks and some simple optimizations are performed during elaboration. The netlist includes all the behavioural descriptions, as well as gates and wires.

The elaborate() function performs the elaboration.

One can see a human-readable version of the final, elaborated and optimized netlist by using the -N <path> flag to the compiler. If elaboration succeeds, the final netlist (i.e., after optimizations but before code generation) will be dumped into the file named <path>.

The elaboration is performed in two steps:

The scope elaboration traverses the pform looking for scopes and parameters. A NetScope object tree is built and placed in the Design object, with the root module represented by the root NetScope object. The elab_scope.cc file contains most of the code for handling this step.

The tail of the elaborate_scope behaviour (after the pform is traversed) includes a scan of the NetScope object tree to locate the defparam assignments that were collected during scope elaboration. This is when the defparam overrides are applied to the parameters.

After the scopes and parameters are generated and the NetScope project tree is fully formed, the elaboration traverses the pform again to generate the structural and behavioural netlist. The parameters are also elaborated and evaluated, so all the constants of code generation are now known locally and the netlist can be generated by simply passing through the pform.

The optimization is a collection of processing steps that perform optimizations that do not depend on the target technology. Examples of some useful transformations are as follows:

The actual functions performed are specified on the ivl command line by the -F flags.

The emit() method of the Design class performs this step. It runs through the design elements, calling target functions as the need arises to generate actual output.

The user selects the target code generator with the -t flag on the command line.

Report success
We will send you the feedback within 2 working days through the letter!
Please fill in the reason for the report carefully. Provide as detailed a description as possible.
Please select a report type
Cancel
Send
EpicSim is a Verilog compiler. It is suitable for use as a simulator spread retract
C++ and 6 more languages
C++
63.3%
C
28.0%
Yacc
5.7%
Lex
2.5%
CMake
0.3%
Other
0.2%
LGPL-2.1
Use LGPL-2.1
Cancel
No release 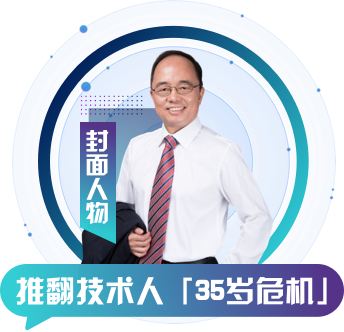